Sample scene of new novel AFTER

Here's the opening of the new novel, AFTER, which should be out in the fall. I will be posting bits and pieces, cover art, etc., on the blog and will need help shaping the story and deciding if it will be a series, so check back from time to time and help me get this done!

There were three of them.
She’d stopped naming them a week ago. It had been an amusing distraction for a while—and the Good Lord only knew, she needed distractions—but then they’d all started blending together, the Black-Eyed Susans and the Raisinheads and the Meat Throats.
But now Rachel couldn’t resist, looking out the grimy drugstore window as she waited, crouched there in the litter of baby powder and cellophane.
Stumpy.
The one on the right, sitting on the sidewalk bench surrounded by a mountain of bulging plastic bags, was missing his left arm just below the elbow. The wound was swathed in a filthy towel, strapped in place with duct tape, stained dark brown at its blunt end.
Stumpy was waiting for a bus that would never come. Rachel couldn’t tell if he was a Zaphead. He might just be another of the schizophrenic homeless, the underclass that hadn’t even noticed the world had ended. Although gaunt, he didn’t appear particularly motivated to kill, obsessed instead with swatting away the flies that swirled around his stump.
He was fifty feet away, and she could outrun him easy. All she had to do was run as if her life depended on it. Which wouldn’t be a challenge.
The Beard, the guy staggering back and forth a hundred yards down the street, was almost certainly a Zaphead. His expression was hidden by the unkempt hair, but he was hunched and his fists were clenched, rage curling around whatever strange energy burned inside.
Okay, Beard, you’ve solved my little dilemma of whether I should head east or head west.
The mountains were her destination, and they lay to the west, but she wasn’t willing to risk The Beard.
The word “destination” sounded odd in her thoughts, because of the root “destiny.” Such abstractions were laughable now, but laughter was the only weapon against the fear that sapped the strength from her legs. And she needed her legs. Oh, yes, give her stumps for hands, but don’t mess with her legs.
In this scared new world, in this After, you had to run. 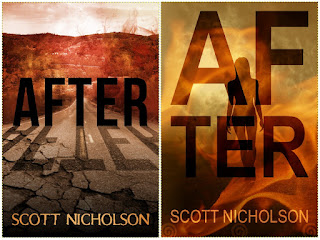 Posted by Author Scott Nicholson at 5:29 AM 12 comments:

I'm teaching a community college class if you are in the Boone NC area of the northwest corner of North Carolina. (Yes, I know, this class should be an online seminar instead, but this is what it is! In person...)

Digital publishing is one of the fastest-growing industries in the world. Local author and digital publisher Scott Nicholson will teach the basics of digital publishing for Kindle, Nook, iPad, Kobo, and other devices during a participatory class that covers product development, formatting, design, and marketing. If you can write an email, you can publish a book. You will be able to publish an ebook yourself by the end of the class series, regardless of your level of technical skill.

Paper books as artifacts in the digital age

I was on an ebook panel at the local library yesterday, speaking with a writing group, and the inevitable defense of bookstores arose. I've come to believe this is an emotional issue, not an issue of logic, data, or even the reality that is occurring all around us--bookstores are closing, and rapidly. I'm not here to gleefully dance on graves, since I like bookstores and they have helped sell my books in the past. But the idea that "Paper books CAN'T die out because I like them" is not going to stop paper books from their rapid decline. They are nice artifacts that give many of us comfort, but the incredible drain of resources to get a book from Point A to Point B will forevermore put it at a competive disadvantage. 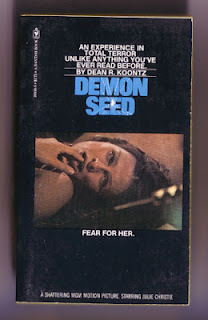 (Disclaimer--worldwide nuclear war would restore paper books to dominance because many of them would outlast all the digital information erased by the electromagnetic pulse. But I can safely predict overall readership would still decline.)

Paper books are already clear artifacts to me, comfort items for the shelf. Oddly, I have been reading paper books more than my Kindle lately--but this doesn't mean I've "decided that paper is better." No, I am clinging to the last bits of nostalgia and indulging in some works that might never be available in digital form.

I took my wife to an antique store a couple of weeks ago--proof of the depths of my love and sacrifice, if you know how much I abhor any form of shopping--and I was startled how much of the store was occupied by books. Yes, books are already antiques, even while the major publishers churn out tens of thousands of copies of the latest trendy fiction and celebrity bios. You could look at those huge bestsellers as signs of publishing health, but they actually reflect the disease--publishing is only practical on a blockbuster level: Many sales each of a few titles, not a few sales each of a few million niche titles.

In the store, I found a stack of Dean Koontz books and thumbed through them, mostly out of curiosity, since I have enough Koontz paperbacks to last a lifetime. But I found a tattered 1977 copy of Demon Seed, the movie tie-in edition of the 1973 novel. On top of it was the newer, re-released and thicker version. For those who don;t know, Koontz revised most of his books as he got the rights back and re-released them. In the new version, I read the afterward where Koontz explains how he cleaned up the book and honed it. Of course, I was far more interested in the old version, the rawer, less polished, version. Koontz often works too hard to remove any provocative edge in his books, and my only complaint with him is that his protagonists are always too relentlessly and predictably noble, cheerful, and idealistic. To see how Koontz changed in the quarter-century between the two versions, simply read the Wikipedia entry on the book and what you find is an unfortunate case of revisionist history.

The other reason I chose the older version is because I am pretty sure it will never be available as an ebook. No way would Koontz allow its release. The new version is $7.99 in ebook, while you can buy used versions of the new paperback for a penny plus shipping. I paid $1.99 in the antique store, far more than I'd normally pay for a paperback (well, I also paid gas to drive to the store, but you could argue I'd be there anyway). Versions of the older version are on eBay from $3.50 to $30 plus shipping. They will always be "worth" more than the revised, supposedly improved editions in similar condition.

The moral of the story is that there is no morality in the paper/digital war. Times change, no one is wrong, neither is inherently "better." For this reader and writer, I know when I am buying an artifact and not just a story. I often delete digital books after I finish them. I often give away paperbacks after I've finished them. Maybe I'll keep Demon Seed awhile. Maybe not. It's fun to read precisely because I can see the anti-Koontz in it, the smirky little twenty-something writer who delighted in being a bit naughty and edgy. What you could call "the artifact Koontz."

Bookstores are turning into antique stores. But that's okay, because we cherish our artifacts. And perhaps we will even value these artifacts more when they are no longer widely available. Do you cling to any similar artifacts you know are artifacts? Cassette tapes that mark a time in your life? Videocassettes? Old paper books?
###
Posted by Author Scott Nicholson at 7:34 AM 5 comments:

The Konrath Crouch Nicholson $ummer $izzler $ale
Most major ebook titles are on sale for 99 cents though Monday, July 9, for Kindle and Nook:

Please tell your friends! Thanks.
###
Posted by Author Scott Nicholson at 3:02 PM No comments: 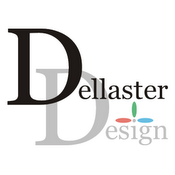